from Bloody Knees by Precious Child 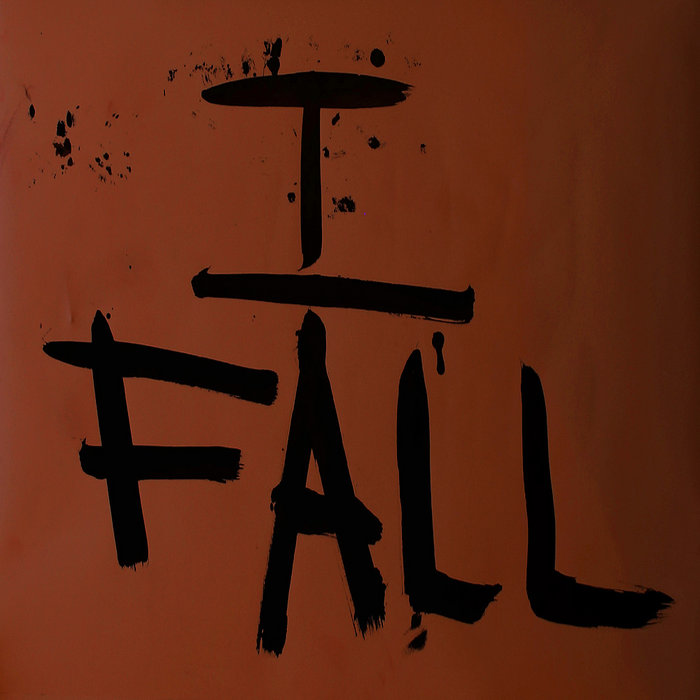 ave about eight keyboards. The original song was written entirely on the Ensoniq SQ-80, my favorite synth… of all time! I love the unique timbres of it's weird digital wavetables and the analog filter. The original instrumental was only 1:53 and I got a lot of positive feedback about it with the one main criticism being that it was too short. I recomposed it for guitar and lengthened it, writing the juxtaposed loud climax of the second half of the song. The simple alternating octave 1/4 note rhythm always took me to a very lonely and despairing place, and I the lyrics and lead guitar melodies came accordingly. I feel that lead guitar is the musical twin of the vocal; that the guitar melody and inflection should tell a story just as a vocal melody and words and singing style tells a story. The guitar solos are quite simple, but I spent a lot of time finding the right notes, playing style, and the right "notes between the notes".

Simply put, the song is about how people want to destroy themselves. It’s a cliche, but it’s a true one- “people are their own greatest enemies”. I myself have hurt and harmed myself more than everyone else has harmed me put together. I want to fall, I want to fail, I want to feel weak, I want to feel helpless, I want to disempower myself, I want to destroy myself. This comes from that quiet wounded place inside that claws at us when we are weak, feeding on us bit by bit, growing stronger while we grow weaker. There aren’t many words to the song, but I imagine this story from three perspectives. The first is that of the one who is being destroyed- the victim. The second perspective is that of a 3rd party darkness feeding on the victim. The third is that of the person destroying themselves, directly and actively causing their own downfall, like the ouroboros or dragon consuming its own tail. When I sing the song live, at various times I feel like I am singing each individual perspective, that I am the victim, that I am the darkness, that I am the self-destroyer.

Depression and self hatred and self destruction are scary things. Pain and misery and sorrow is addictive. In some ways, those feelings are self validating. They are very intense and potent and real. When you feel something strongly, regardless of if it is pleasurable or paining, the emotional resonance is defining, and it attaches to your persona. Love, depression, religion, art and music, physical exercise, sex, are things that people build their lives around because those things makes them feel strongly. In those experiences, people see themselves silhouetted and their identity becomes tangible. It’s hard to escape something that you view as a part of your identity.

Here’s the story behind the video. I’ve been friends with the star, Nina Burns for several years. We met via a mutual friend in NYC, and the very first night that we met, we ended up crying and screaming at each other for hours in the middle of some street on the Lower East Side. We were arguing about love- I was saying that it was a worthless commodity and she was saying that I was bitter and that it was the most important and meaningful thing in life. Interestingly, afterwards, we both viewed the horrible fight as a positive thing, a harbinger of a great friendship, and have been friends ever since.

I wrote the script over a period of a couple of months, and then storyboarded it out. I don’t have any video experience so I just closed my eyes, played I Fall on repeat, imagined what I wanted to see on screen, then wrote it down. I spoke with several models and actresses and then I realized that I should ask Nina. Fortunately she had wrapped up shooting for ANTM and was free- for one weekend.

We shot the video over three days and nights, putting about 60 hours of work into one weekend. To prepare for the video, for the two weeks prior, my drummer Skyler and I did extensive work test shooting, figuring out the camera settings, lenses, lighting, focus, composition, camera pathing and building the sets. Originally, I was going to shoot the whole video in slow motion, but didn’t go that direction because it would have been a major challenge to synch it properly with the audio, to get the movements to occur in the correct amount of time etc. Instead, I choreographed all of Nina’s movements and timed them so they would fit properly into each shot/cut. For all the shots, she had to move as if she were in slow motion. I was really pleased with the results because I felt it added a lot of stillness, quietness, and gravity to her acting.

Both Nina and Skyler were wonderful to work with; Skyler was the black arms. For his “character”, after experimenting with several kinds of paints, we coated his arms in brake caliper enamel to give them the shiny, scaly, wet look. I followed the storyboard as intended, but several key shots were the idea of Nina and Skyler’s- particularly the water scenes. For those shots, Skyler and I built a large water tank indoors, framing it out with wood and lining it with heavy plastic. Doing the math, it came out to thousands of gallons of water… The water was cold and those and other shots were extremely hard and painful for Nina, but she wanted to keep going until they were right. Going into the role, I explained the character in full, and she knew that she would have to push herself, and she did an amazing job. She had the emotional depth for the character, and was able to communicate without words, just by looking at the camera.

I believe that a good music video should be like a good movie; that it should tell a story. The story is about a girl who is suffering and who wants to die. She makes a pact with darkness, and her darkness feeds off her and helps her find the ways to destroy herself. At the end, she gives up and falls, her darkness catches her, and she embraces its hand in her own. The final shot contrasts with the opening shot. In the opening shot, she is weak, but in the final shot, having embraced her darkness, she is powerful. Her empowerment through her embrace of darkness may seem a little incongruous, but I believe that for people to free themselves and become whole and strong, they must first find themselves.

The rabbit emblem in the video is the “Shitty Rabbit” the band logo, which is a whole other story...

I hope this background will help you enjoy the track a little more than you might have otherwise.

Arresting and surreal, Precious Child’s prolific body of work exists at the convergence of conceptual art and alternative pop. Working with the medium of music and video, the Los Angeles-based artist culls sonic inspiration from glossy mainstream 80s and 90s, cacophonous industrial and metal to create work that confronts transformations in identity, perception and the nature of existence. ... more